According to the Bureau of Labor Statistics, the Bethesda area had a 3.8 percent unemployment rate in April 2015, compared to the national rate of 5.4 percent. The high job demand in many different industries has made Bethesda one of the top cities for relocation in the country. Industries that are growing in the Bethesda area include healthcare, hospitality, specialty trade contractors, accounting, and food service. In addition, Maryland is ranked first in the nation for schools, another factor that encourages people to relocate to an area.

Austin, Texas is another city showing high job. According to the U.S. Census Bureau, the median income in Austin is $53,946, slightly higher than the median income throughout the country, which is $51,939. The Bureau of Labor Statistics reports that the unemployment rate in Austin is just 3 percent, far below the national average. Like Bethesda, healthcare is a growing industry in Austin, but the technology industry is not far behind with more tech companies relocating to the area. The low unemployment rate combined with a higher than average median income makes Austin one of the top American cities with the high job demand.

The U.S. Census Bureau reports almost three percent growth in the population of Jacksonville. Much of this is due to relocation of job seekers who have found high job demand in the area. Jacksonville’s unemployment rate is just over five percent, slightly higher than in the other cities, but the addition of several new companies and the location of national headquarters in the area are helping jobs grow in the finance and manufacturing area. In addition, the IT market has shown considerable growth in Jacksonville.

For those looking for a more secure future, Grand Rapids, Michigan offers a 3.3 percent unemployment rate, significantly lower than the national rate. There is a diversity of businesses in the area as well as a relatively low cost of living, which makes it an excellent location for job growth. In addition, the Grand Rapids area has a high-quality education area making it even more attractive to businesses, which can lead to high job demand.

Columbus, Ohio has an unemployment rate of 3.8 percent, significantly lower than the national average. Columbus has emerged as a technology sophisticated city and is home to the world’s largest private research foundation. In addition, several institutes of higher learning in the area encourage the high job demand as well. It ranks 30th on the Forbes Magazine list of best places for business and careers. The median income in the area is $54,434, higher than the national average.

One of the reasons that Seattle is on the list of American cities with better employment opportunities is their low unemployment rate of 3.9 percent. Seattle is listed ninth on Forbes Magazine’s list of best places for business and careers – with a median income of $70,727. The city nickname, “The Emerald City,” is in reference to the lush green forests in the area, but that nickname is quickly being replaced with “Jet City,” due to the influence of Boeing, one of the largest employers in the area. However, the city also has a growing tourism industry, as it is the major gateway for Asian and Alaskan cruises.

These are some cities with high job demand and unemployment rates that are lower than the majority of other cities in the country. For those who are not opposed to relocation, these cities offer better opportunities and more chances for advancement than in other areas of the country. With lower unemployment and the ability to create a more secure future for your family, it is worth investigating possible positions in one of these areas of the United States.

The Difference Between Inbound and Outbound Call Center Services

While most call centers manage high volumes of both inbound and outbound calls, others choose to focus exclusively on one Read more

Inbound call center services focus on resolving customer issues, listening to complaints, and answering questions about a product or a Read more 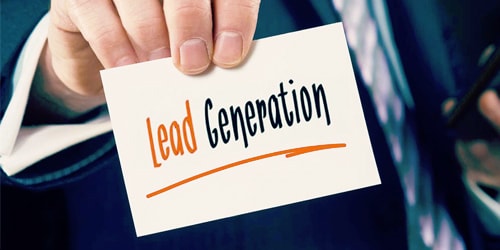 What is Lead Generation?